What is Halal (Permitted)

Halal is an Arabic term meaning lawful according to Islamic Jurisprudence strictly based upon The – Qur'an and the tradition of The – Prophet Mohammad (PBUH) and it does not only encompass food and drink, but all matters of daily life. When it comes to Halal food, most people think of meat products only. However, Muslims must ensure that all foods, particularly ingredients used in the processed foods, pharmaceuticals and packaging are Halal. Halal is not a new term but the term has been prescribed to decide the permissibility according to the prescriptions of God through the divine.

The life of a Muslim revolves around the concept of Halal. A Muslim must earn income from Halal sources, be involved only in Halal transactions and consume Halal food, Halal drink and Halal related accessories.

In Islamic matters, the sphere of prohibited things is very small, while that of permissible things is extremely vast. There is only a small number of sound and explicit texts concerning prohibitions, while whatever is not mentioned, it is studied by the parameters provided in The – Qur'an and the tradition of The – Prophet Mohammad (PBUH) to establish it as Halal or Haram. In such a decision, the matters agreed upon by the vast majority of Islamic Scholars are taken as final.

"O Humankind! Eat of what is wholesome permissible on earth, and do not follow the footsteps of Satan; truly he is an open adversary to you" {The Qur'an – Surah Al Baqarah (Chapter: The Heifer) 02: 168}.

All lawful land animals should be slaughtered in compliance with the rules laid down in the Islamic Jurisprudence in priority, collectively agreed upon Islamic jurisdictions in Canada, followed by Codex Recommended Code of Hygienic Practice for Fresh Meat, Canadian Food Inspection Agency (CFIA) recommended guidelines and the following requirements:

What is Haram (Forbidden)?

It is the right of Almighty God (Allah), the One Who created human beings and bestowed innumerable gifts on them, to legalize or prohibit as He deems proper, and to place obligations and responsibilities upon them as He decided it fit. As His creatures, we humans have neither the right to question nor to disobey His Almighty. But Almighty God is not unscientific in what He commands. Since He is Merciful to His human servants, He makes things Haram (forbidden) for a reason, with peoples' well-being in view. Accordingly, He has neither permitted anything except what is pure nor has He prohibited anything except what is impure.

One of the excellences of Islam is that it has made certain food stuffs Haram because only such things as are harmful to human health, unnecessary, and dispersible. Almighty provided alternatives which are better and which give greater ease and comfort to human health and nourishment.

In Islamic principles, if something is prohibited, anything which leads to it is likewise prohibited. Islam intends to block all avenues leading to what is Haram. Accordingly, Muslim jurists have established the criterion that whatever is conducive to or leads toward the Haram is itself Haram. A similar principle is that the sin of the Haram is not limited to the main source of a Haram food but extends to the derivatives from such a Haram source, materially.

"He (The – Almighty) has only forbidden you what dies of itself, and blood, and flesh of swine, and that over which any other (name) than (that of Almighty) God has been invoked; but whoever is driven to necessity, not desiring, nor exceeding the limit, no sin shall be upon him; surely (Almighty) God is Forgiving, Merciful" {The Qur'an – Surah Al Baqarah (Chapter: The Heifer) 02: 173}.

Intoxicating and hazardous plants except where the toxin or hazard can be eliminated during processing to secure it as permissible safe Halal Food.

All food additives derived from Items 1, 2, & 3 shall be considered Haram

It is Allah's mercy to human beings that He did not leave them in ignorance concerning what is lawful and what is prohibited. Indeed, He has made explicit what is Halal and explained what Haram is. Accordingly, one may eat what is Halal (lawful) and must avoid what is Haram (prohibited) insofar as the choice exists. However, there is a gray area between the clearly Halal and the clearly Haram. This is the area of what is doubtful. Some people may not be able to decide whether a particular matter is permissible or forbidden; such confusion may be due either to the doubtful evidence or because of doubt concerning the applicability of the text to the particular circumstance or matter in question. The - Prophet (PBUH) said; "Both lawful and unlawful things are evident, but in between them there are matters that are not clear. So whoever saves himself from these unclear matters, he saves his religion and his honor? And whoever indulges in these unclear matters, he will have fallen into the prohibitions, just like a shepherd who grazes (his animals) near a private pasture, at any moment he is liable to enter it" [Bukharie, Muslim, and Tirmidhi]. 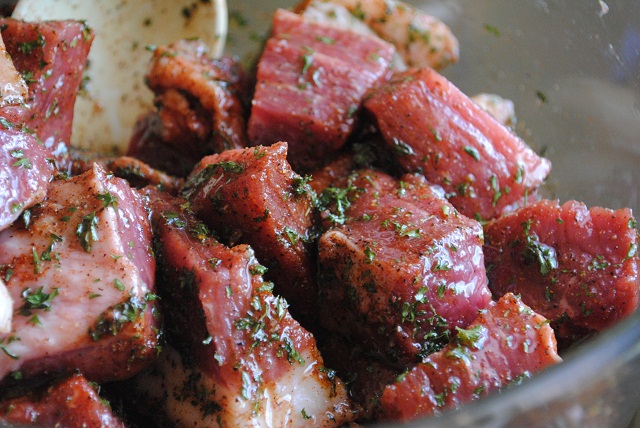